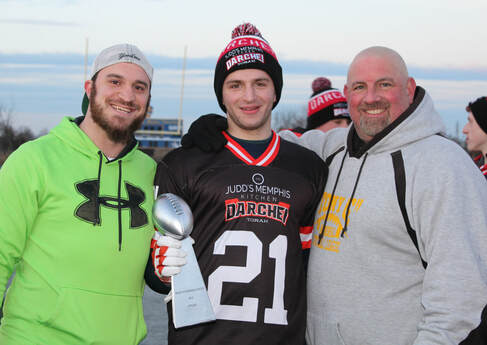 Over the past 2 decades, flag football has become an extremely popular sport amongst the orthodox Jewish community, particularly in the yeshiva world. What self respecting yeshiva student who learned in Eretz Yisroel did not participate in the Kraft football league? It is our goal, therefore, to bring flag football into the high school realm; to develop a flag football league, governed by Torah hashfakos which provides a healthy, competitive, athletic outlet for high school students in the tri-state area.

While there is currently an abundance of thriving yeshiva athletic leagues, we have been approached countless times over the past six years regarding a yeshiva high school flag football league by students, teachers, parents, and administrators. A yeshiva flag football league would provide yeshiva students with an opportunity to play America’s most popular sport in an organized fashion while fostering teamwork among classmates and bolstering camaraderie between local yeshivas.

​Every team is required to provide a responsible, adult coach/advisor to oversee the formation of the team, practices and games. Games are played 7 against 7, but a team can have up to 18 players on their roster. Each team must provide a roster with their players before the start of the season. Any changes to a roster must be cleared with the commissioner at least 48 hours before the next game. No changes will be permitted thereafter unless they are necessary due to extenuating circumstances.

The regular season is generally 8 games, followed by 1-2 rounds of playoffs and a championship game. Games are generally played at Lawrence High School. The League provides permits and playing fields for all games. The League as well provides at least 2 professional referees per game.

All players, whether playing of on the sidelines, must be wearing head coverings at all times. The use of foul language will not be tolerated. After 1 warning, a player who uses foul language will be suspended from that game. Under no circumstances will girls be allowed to attend games. Coaches will be responsible for enforcing this rule and, if not adhered to, will result in a forfeit. 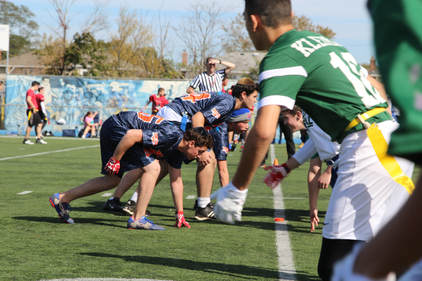 The most appropriate format for the oversight of the league would be for the MFL to oversee all league aspects (referees, rules, fields, scheduling, etc…), while working in conjunction with the administrators and coaches from each school in order to produce an unbiased and fair league for all parties. Each school will be responsible for providing adequate insurance for their teams.

Each team will pay an identical fee to join the league. This fee can either be paid by the school itself, or it can be split among the members of the team, but must be received by the league administration prior the start of the season.